Surf Beach is the closest beach to the town of Batemans Bay that as the name suggests, has surf. The waves at this small beach are best suited for kids and absolute beginners wanting to practise catching whitewater waves close to shore, because even on small wave days, fast breaking, dumping close outs here are the norm.

Wave Type
The broad flat sandbar makes this a good spot for those practising in the whitewater with the southern corner of the beach often having the smallest and softest waves. Catching green waves is best attempted during high tides. Watch out for the rocks in the middle of the beach and in each corner.

Less steep waves and better wave shape can be found at Rosedale Beach at times and better still, at Broulee Beaches further south. If the waves are too big here from a north swell, Barlings Beach at Tomakin will have the smallest waves and the north corner of the more challenging South Broulee Beach can also be an option - both of these beaches offer good shelter from strong north winds.  If the waves are too big or too dumpy from a south swell, check out the southern end of Broulee Beach for easier surfing conditions.

Access
The car park is located behind the beach.

Lifeguard Patrolled
Patrolled Monday to Friday from the 20th of December until the 26th of January - always swim between the red and yellow flags.

Amenities
Located in the car park behind the beach.

Closest Shops
There is a beach kiosk, a pizza restaurant and supermarket at Surf Beach with more shops and services including a few surf shops located in the town centre of Batemans Bay. 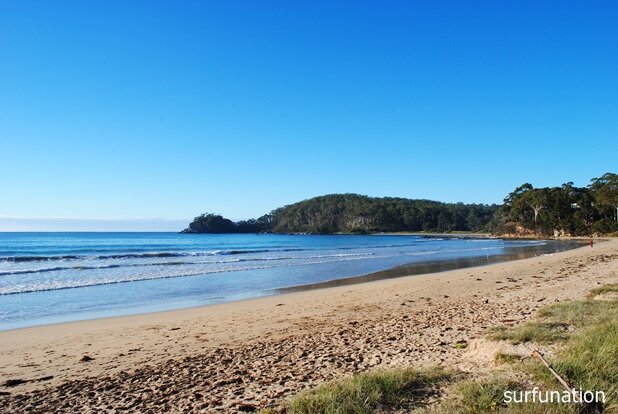 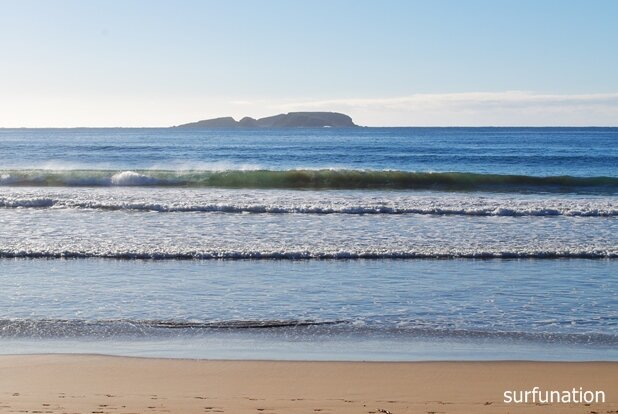 Close out waves are the norm on Surf Beach, thanks to the flat sandbar that drops off steeply into deep water, causing the waves to dump in long sections.
Photo: Kelly Ratcliffe 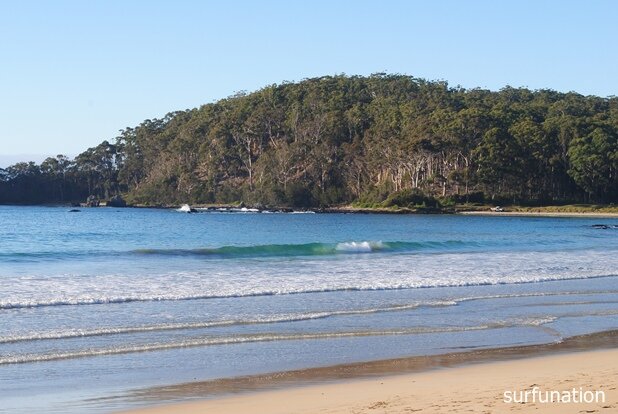 Beginners and kids will find catching green waves best at high tide when the waves spill more slowly or stick to the whitewater to avoid nosedives.
Photo: Kelly Ratcliffe 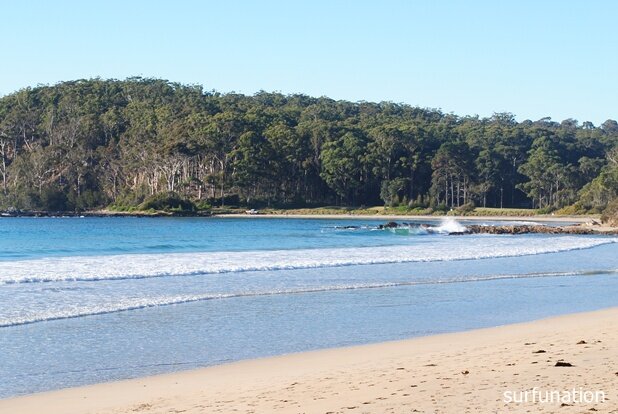 The safe, flat sandbar at Surf Beach is excellent for taking the kids for a surf to enjoy catching their first waves.
Photo: Kelly Ratcliffe