Secret Harbour is a popular spot for surfers of all levels and it does get crowded due to better sandbars and wave shape that are often present here, along with it's close proximity to the cities of Rockingham and Perth. Peaks can be found up and down the beach between Secret Harbour and south through the beaches of Golden Bay and Singleton - so find a peak away from the crowds and enjoy.

Wave Type
The sandbars are normally broader here than those at the surrounding beaches, making for longer rides and easier surfing conditions for beginner surfers. The waves do dump at times, especially during lower tides. So stick to the whitewater if the waves are breaking too quickly and are too steep, or try high tide and small wave days for catching green waves and turning across the wave faces of the fast breaking rights and lefts. Avoid the rips that occur at all of the beaches in this area.

Smaller waves and fewer crowds can normally be found the further south you head all the way to Madora Beach near Singleton. Surf early in summer before the Freemantle Doctor (persistent south west wind) kicks in on most days.

Access
The car park is located beside the surf club.

Lifeguard Patrolled
Patrolled on weekends and public holidays from October until March - always swim between the red and yellow flags.

Amenities
Located at the surf club, behind the beach.

Closest Shops
There is a take away shop at the surf club and Clearwater Surf Shop behind the beach, or head north to Port Kennedy or the bigger Rockingham for a wider range of food and shops. 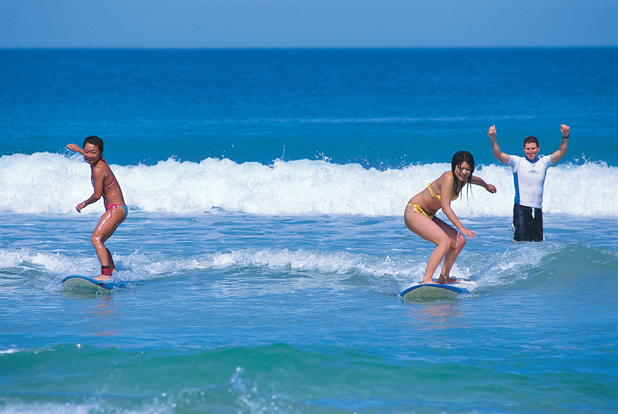