During small swells this picturesque beach can be great for beginners with cruisy waves breaking over gradually sloping sandbars. Rosedale beach offers better wave shape than Surf Beach for catching green waves and turning, and the waves often break more slowly and are less steep than the fast breaking dumping waves found at Surf Beach and other nearby beaches.

Wave Type
The reefs off the southern end of the beach act as a barrier to moderate sized south swells and when the waves are small, really fun spilling waves break both left and right all along the beach. Watch out for the rocks in the middle of the beach and rips that do form between sandbars and against the rocks at times.

If the waves are too big here from a southerly direction, head down to the southern end of Broulee Beach for smaller, safer surfing conditions. If the waves are too big from a north or east swell or the wind is from the north, try Barlings Beach at Tomakin (good for kids) or the north corner of South Broulee Beach, also located to the south of here.

Access
Take the South Rosedale turn off that ends at the car park in the middle of the beach.

Lifeguard Patrolled
Not patrolled. Head to Malua Bay or Broulee Beach for the closest patrolled beaches during the summer holiday season - always swim between the red and yellow flags.

Amenities
The closest toilets are located at Malua Bay to the north.

Closest Shops
Head to Malua Bay for a coffee or into the town centre of Batemans Bay for a wide range of shops and services. 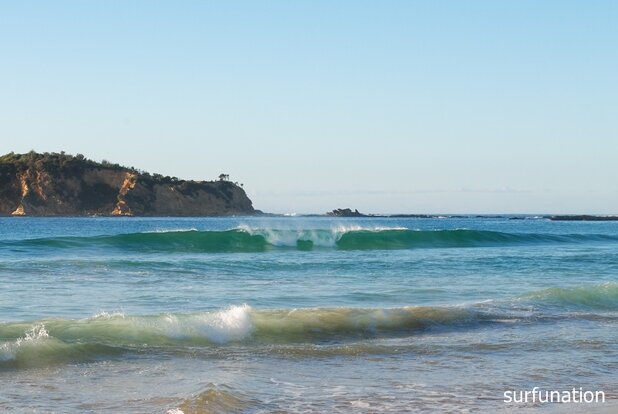 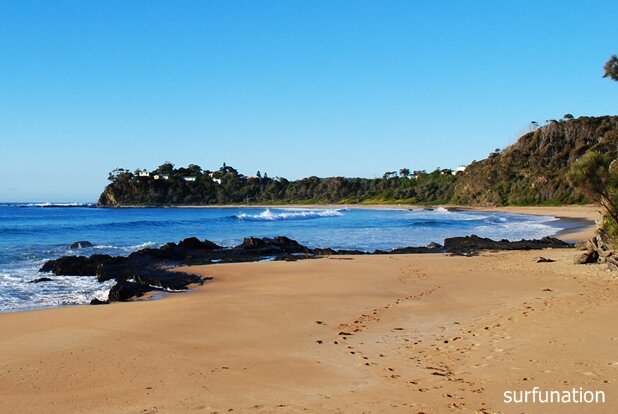 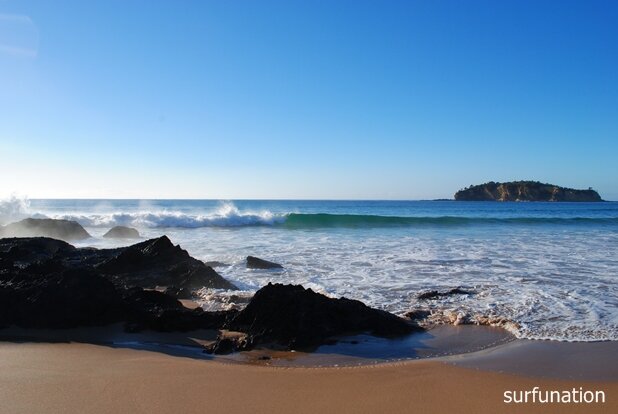 Like Rosedale Beach, the many sheltered coves between Batemans Bay and Broulee offer stunning scenery and can be fun for surfing too during small swell and light wind days.
Photo: Kelly Ratcliffe