The waves at Park Beach vary greatly between the northern and southern end of the beach and on any given day. Generally, the area around the surf club (just north of Little Muttonbird Island) is the best spot along the beach for learning to surf with big rips and gutters often forming to the north of the surf club.

Wave Type
Some good sandbars can be found on either side of the island located just offshore and there is often a flat, attached sandbar for catching whitewater waves on the southern side of the creek entrance towards the marina. Beginner surfers should look for a safe sandbar that is attached to the beach before entering the water, as there are often some deep channels and rips here. Also avoid the back wash and cross waves that often break between the island and the beach.

Check out the beaches to the north if the surf is flat here and when the wind is up from the north east. Jetty Beach, Woolgoolga or Arrawarra can be good options if the waves are too big here.

Access
The car park is located beside the surf club.

Lifeguard Patrolled
Patrolled daily from September until the end of the Easter school holidays. Always swim between the red and yellow flags.

Amenities
Located at the surf club behind the beach.

Closest Shops
A bunch of cafes and restaurants are located near the Jetty to the south of park beach, along with a few cafes to the north along Ocean Parade, which backs the beach. The CBD of Coffs Harbour has all the shops and services of regional centre. 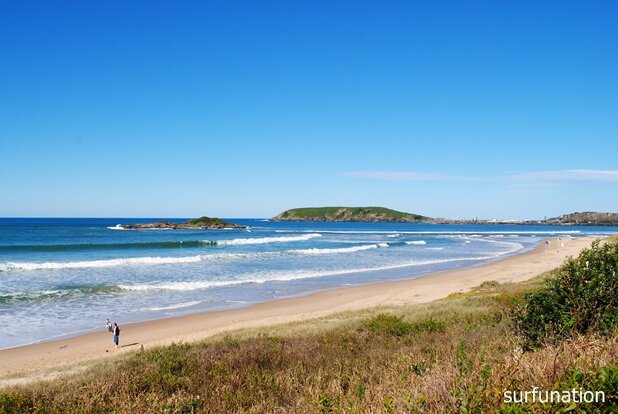 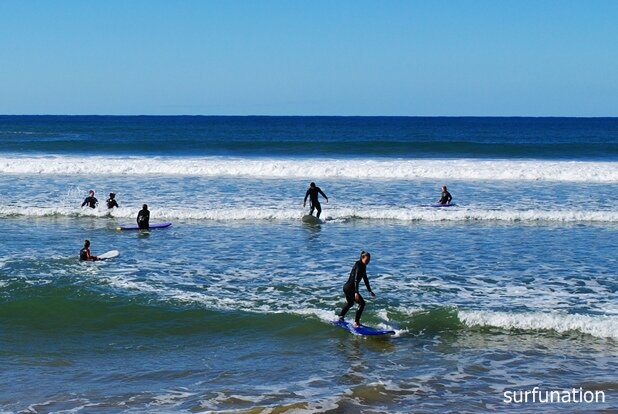 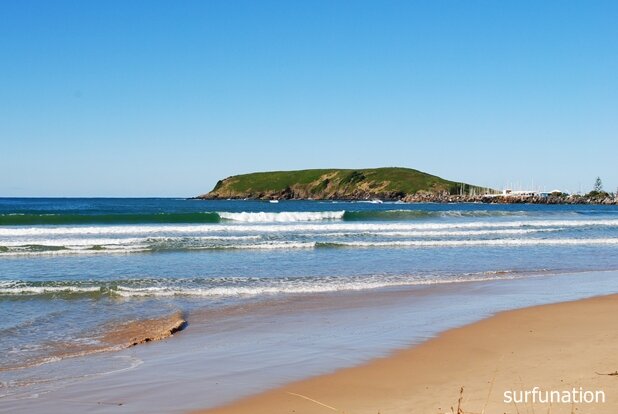 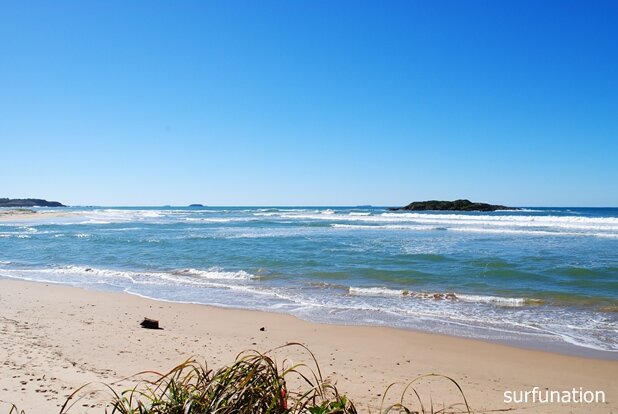 Park Beach South view north to the deep water creek entrance and Little Mutton Bird Island where the surf zone can be hazardous for beginners due to the deep water currents and cross waves that exist there.
Photo: Kelly Ratcliffe