While Noosa's well deserved surfing fame is focused on the great waves that break along the points, just to the west of town, between the two break walls, fun beach break waves can be found when the surf is flat in the sheltered corner of the beach and on the points.

Wave Type
Right in front of town the waves mostly dump and close out making catching green waves difficult. Further up the beach towards the break walls is often a better option, where both left and right peaks break when the waves are small and during mid to high tides. Avoid the river entrance further north where the currents can be dangerously strong.

The south end of Main Beach offers epic whitewater waves for kids to be introduced to the surf, and also where 'big kids' can also practise in the whitewater if the surf is too big out the back and on the points. On these big surf days stick to your landmark as the long-shore current that flows to the north can be strong.

If the surf is flat here and the wind from the north, head over to the more swell exposed Sunshine Beach for bigger waves and shelter from the wind - avoid the many rip currents by sticking to attached sandbars.

Access
Walk from town or park your car at any car space along Claude Batten Drive that backs the beach from town to the river mouth.

Lifeguard Patrolled
The main beach at Noosa is patrolled from September to May - always swim between the red and yellow flags.

Amenities
At both Noosa Spit Recreation Reserve and the Surf Life Saving Club.

Closest Shops
Behind the beach at Noosa is home to some excellent cafes, restaurants, surf shops, boutiques and bars. 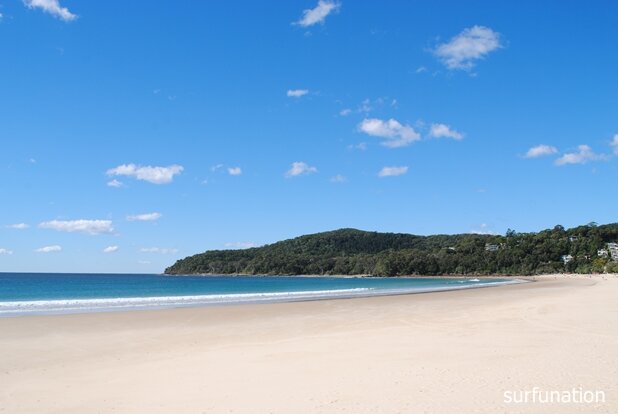 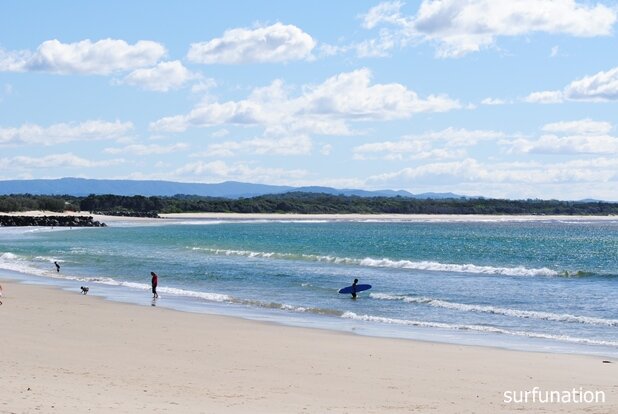 When the surf is tiny in the southern corner of Main Beach, head up towards the breakwalls for bigger waves.
Photo: Kelly Ratcliffe

Practising catching green waves is best on higher tides as the waves dump on shallow sandbars when the tide is low.
Photo: Kelly Ratcliffe 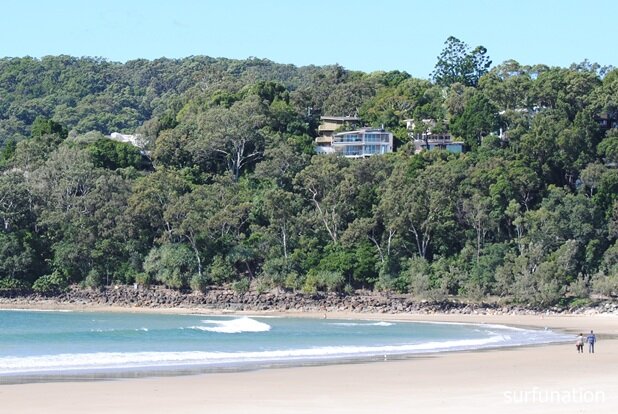