Main Beach offers shorter rides than Clarkes Beach and can tend to close out at times, but this is a great spot for learning to surf on small wave days. On the sand, this is the busiest beach in Byron Bay due to its location right in front of town, yet the surf is often less crowded between here and Clarkes Beach to the east, than other more fancied surf spots around town.

Wave Type
Close outs occur on bigger surf days here, but during small wave days, fun rights and lefts break over sand that are best surfed at high tide (watch out for dumping waves at low tide). Along with Clarkes, Main Beach is also good for kids and beginner adults wanting to catch whitewater waves.

The waves are typically smaller at Clarkes Beach and bigger towards the more exposed and more challenging (and potentially dangerous) Belongil Beach. If the surf is flat here, check out the more exposed beaches to the north or on the southern side of the cape, avoiding the many rip currents that exist.

Hazards
- Rocks & break wall, rip currents and marine life
- Be aware of the side shore current that sweeps to the left (west).

Access
Walk from Byron or park behind the beach.

Lifeguard Patrolled
Patrolled from November to April - always swim between the red and yellow flags.

Amenities
Located in the Surf Club behind Main Beach.

Closest Shops
Walk straight off the beach to the town centre of Byron Bay that is loaded with shops including cafes, restaurants, take away shops, surf shops, boutiques, pubs and clubs. 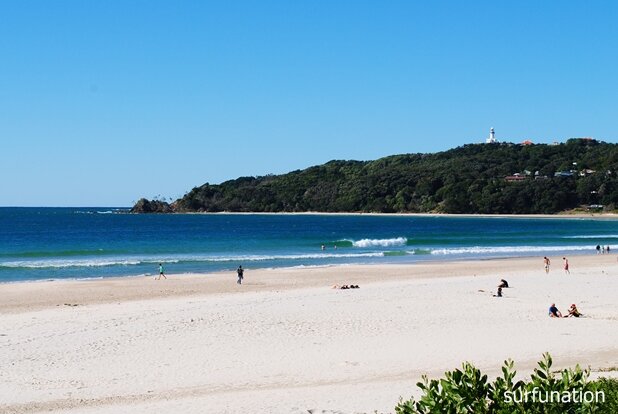 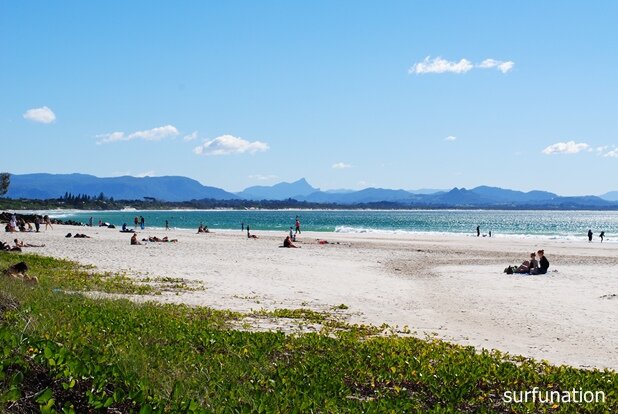 View west with the hinterland and majestic Mount Warning in the distance.
Photo: Kelly Ratcliffe 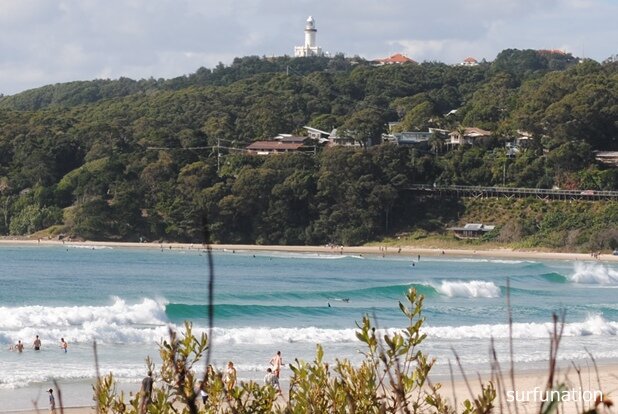 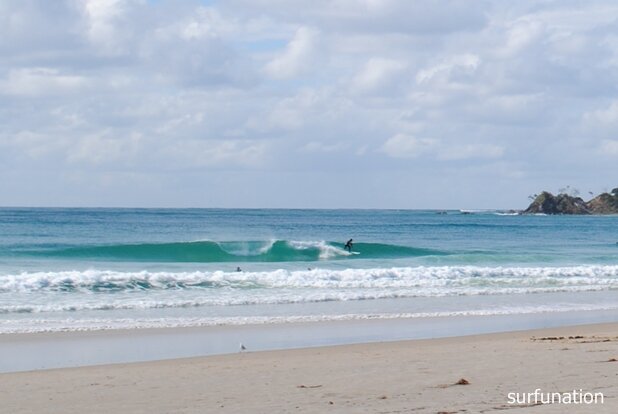