A popular spot for weekend getaways and summer holidays, many come to Lorne for the hip café culture and relaxing strolls along the beach. Beginner surfers will also find that Lorne is an awesome surfing spot with soft waves on most days towards the southern end of the beach. Here you'll also find good shelter from big west swells and accompanying winds.

Wave Type
Mainly spilling close out waves break in the southern corner due to the straight and broad sandbar that is present on most days. Up the beach the waves offer more lefts and rights as the sandbars become more uneven - so watch out for rips. All up the waves break with less power than at the more exposed surf spots along this coast, making Lorne good for those wanting to practise catching whitewater waves or green waves and turning, which is easier during higher tides.

If the surf is flat here and the wind is from the north, which does occur during summer, check out the more exposed beaches around Fairhaven and Anglesea making sure to avoid the rip currents and practise surfing etiquette.

Access
Walk from town or car parks are located at both ends of the beach.

Lifeguard Patrolled
Patrolled on weekends and public holidays from early December until the end of April and daily during the summer school holidays (December and January) - always swim between the red and yellow flags.

Amenities
Located at the surf club.

Closest Shops
Quality cafes and restaurants are found behind the beach and point, along with a wide variety of shops including Sharky's and Lorne Surf Shops. 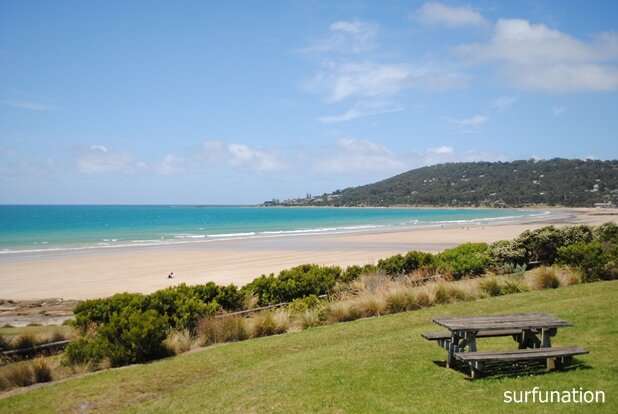 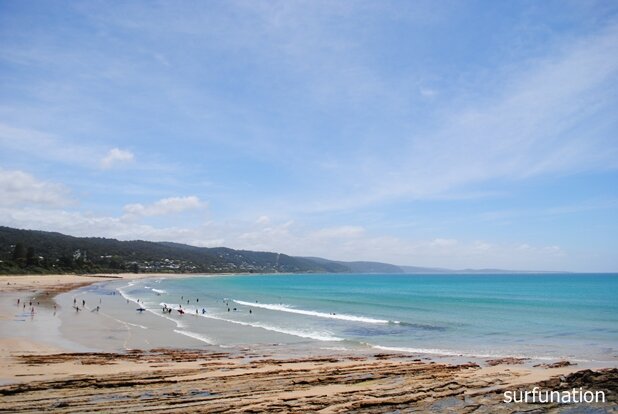 The western corner of Lorne Beach - a good option for beginner surfers and kids to seek shelter from strong west winds and swells.
Photo: Kelly Ratcliffe

Small, mellow, spilling waves are the norm at Lorne and excellent for learning to surf.
Photo: Kelly Ratcliffe 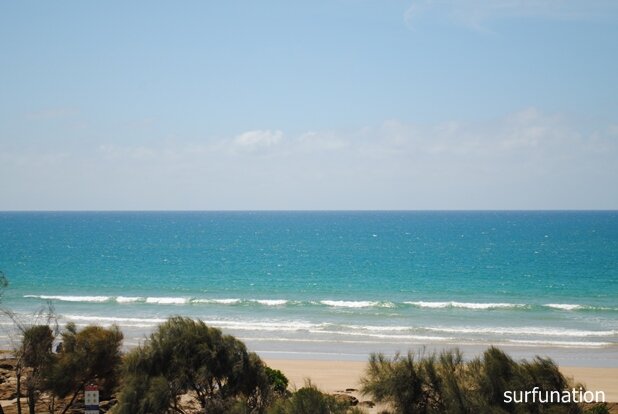