Both the northern end of Long Reef Beach and the southern corner of Dee Why Beach can be good for learning to surf when the waves are small. Long Reef is a good option for both whitewater and green wave fun during north winds and small wave conditions, and Dee Why is a popular spot for families due to the grassy foreshore, easy access to shops and the rock pool for kids at the point.

On tiny surf days and on higher tides, the southern corner of Dee Why can also be epic for kids to practise catching their first green waves, especially when the wind is from the south west, which is common during the cooler mornings of the year.

Wave Type
At Long Reef, stick to the sandbars that are attached to the beach (often around the Lifeguard tower) where catching whitewater waves is best on mid to low tides and green waves easier during high tide (find a peak away from other surfers). Avoid the rips and long shore gutters that do form along the beach. Long Reef is popular during the summer months amongst surfers and families seeking shelter from the common north east winds.

Dee Why can be fun to catch tiny green waves during high tide - at low tide the waves often close out and dump in really shallow water, especially when the surf is big. The sandbar isn't that broad here, so for longer rides (especially in the whitewater), head to either Long Reef, Freshwater or Manly beaches, where broader sandbars normally exist. Watch out for the long shore gutter that often forms and creates a current that runs parallel to the shore towards the rocks, and then flows beside the rocks and out to sea as a permanent rip. Rips are also present along the beach. Dee Why is not recommended during bigger swells as the dumping waves are normally too steep and the current too strong for beginners.

Dee Why is best on South to North West winds.

Dee Why is best on small North to East to South swells.

Have fun surfing Dee Why and Long Reef by practising surf etiquette and surf safety.

Access
Parking is located behind the surf clubs and on the streets behind the beach.

Lifeguard Patrolled
Patrolled daily early from September until the end of May - always swim between the red and yellow flags.

Amenities
Located at the surf clubs and at the Dee Why rock pool.

Closest Shops
Across the road from Dee Why Beach is the café strip offering a wide variety of food and drink including good coffee and ice cream, and there is a kiosk located at the Long Reef surf club.

Photos of Dee Why and Long Reef Beach 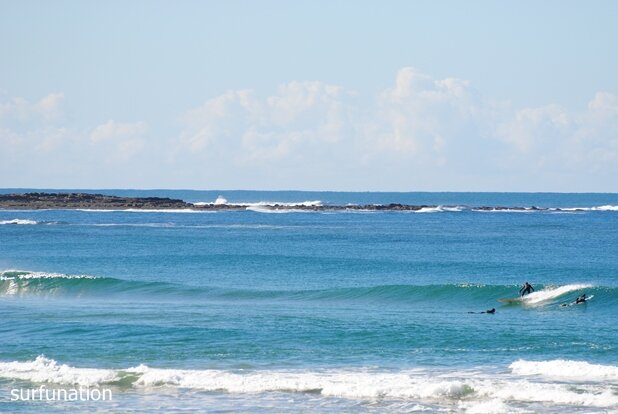 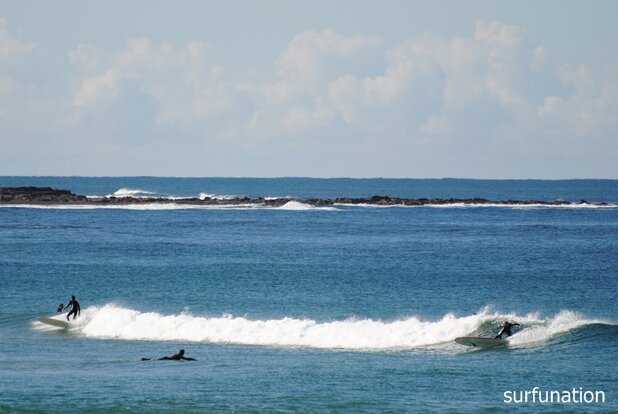 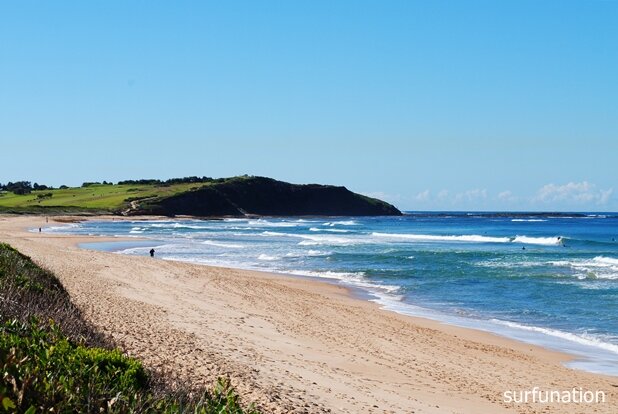 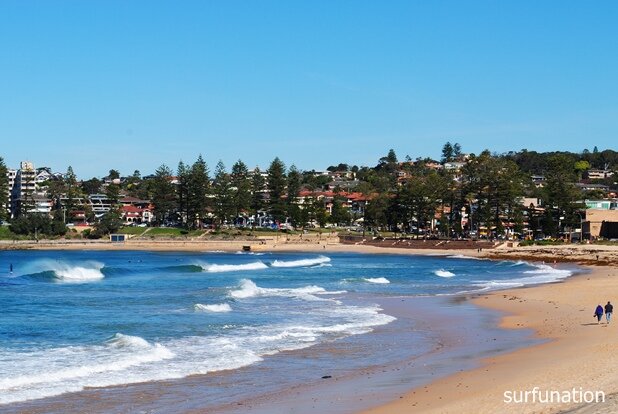 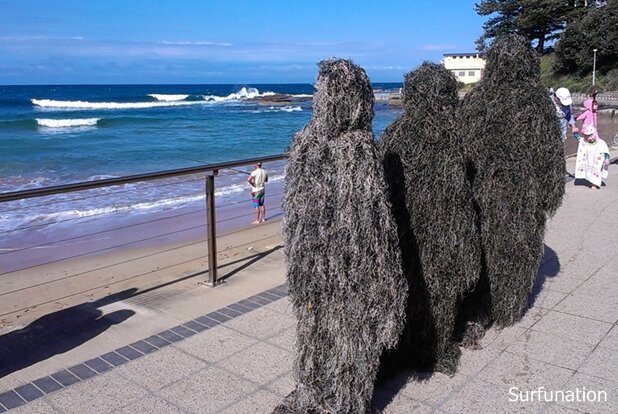 The seaweed can build up so much on the beach at Dee Why during summer that it has been known to take on a human form and walk right off the beach.
Photo: Kelly Ratcliffe