On really big swells, the very sheltered Jetty Beach is normally the safest surfing option for beginners and kids in the Coffs Harbour region. Many local surfers learnt to surf in the northern corner of this beach as young kids and today, when the waves are tiny, kids still rule the mini waves that break at this spot between the marina and the jetty.

Wave Type
Spilling close out waves break along the entire beach and roll gently to the shore over a flat sandbar when the waves are small. A small left often breaks in the northern corner, epic for teaching kids to turn along the wave face. The waves do dump here on low tide when the surf is big - avoid the rip against the breakwall when the waves are big. Good protection from summer nor-easterlies winds can also be found in the northern corner.

Access
The car park is located at the northern end of the beach behind the marina.

Lifeguard Patrolled
Jetty Beach is not patrolled. The closest patrolled beach is Park Beach to the north - always swim between the red and yellow flags.

Amenities
Located at the marina.

Closest Shops
After dominating the waves, kids will also rule the hot chips and ice creams for sale just metres away at the marina where a wide variety of food for big kids is also offered at the various cafés, restaurants and take aways. The CBD of Coffs Harbour is home to more services. 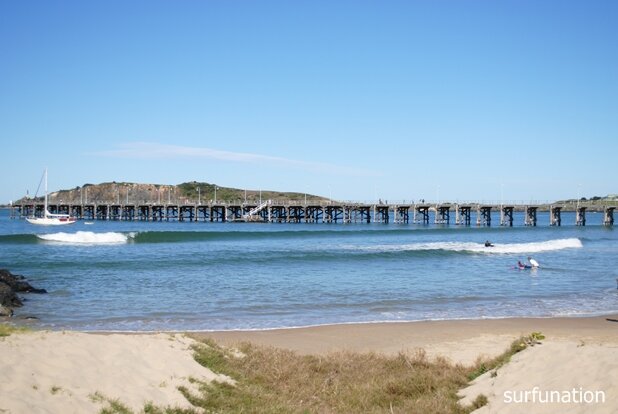 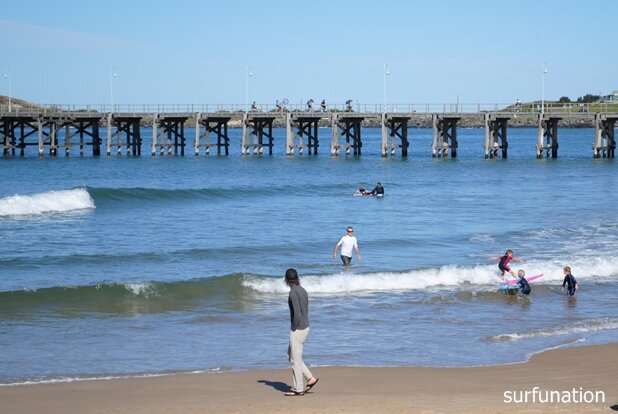 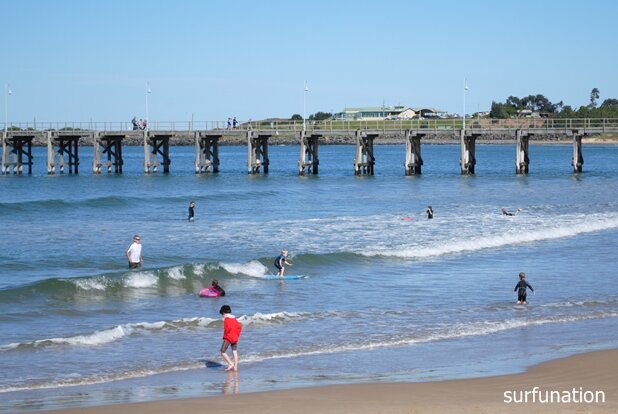 Small, soft waves, spilling on a safe sandbar on a warm, light wind day equals learn to surf fun for kids. Hot chips and ice cream (and coffee for big kids) is just a 50m walk away too.
Photo: Kelly Ratcliffe