The north east facing Horseshoe Bay, located in the popular holiday town of Bermagui offers south wind and swell protection with often short rides that are fun for kids and absolute beginners.

Wave Type
The waves at the protected eastern end of the beach often break on the shore due to the very narrow sandbar, so longer rides and bigger waves are found the further west along the beach you go. Close outs are common, so catching green waves is best during small swells and higher tides.

For more challenging waves and better wave shape, progressing surfers may find a wave on the western side of the Bermagui River entrance during small swells or at Beares Beach during north winds. Strong rips and high wave energy are present at these beaches, so beginners are best to stick to Horseshoe Bay on all but the tiniest of surf days.

Access
Ample parking is located behind the beach and on the western and eastern headlands.

Lifeguard Patrolled
Patrolled daily from the 26th of December until the 26th of January, and on weekends from early October until late April - always swim between the red and yellow flags.

Amenities
Located behind the beach in Dickinson Park.

Closest Shops
There's Bermagui Burgers and the pub at the eastern end the beach, or 200 metres behind the beach there are more options for food and shopping, along with Bermagui Surf Shop. 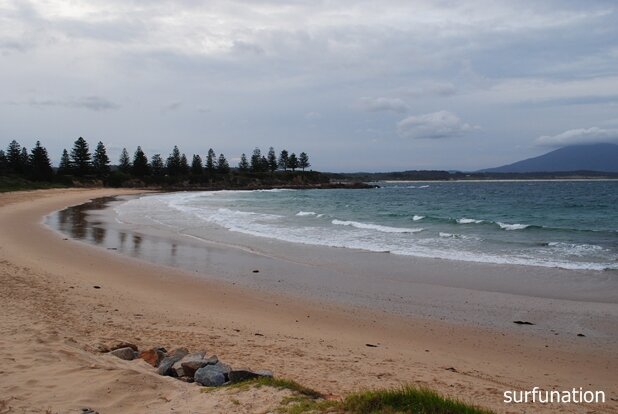 Overcast, onshore wind day (north east wind) at Horseshoe Bay. When the sun is shining and the winds are from the south this spot is really fun for kids.
Photo: Kelly Ratcliffe 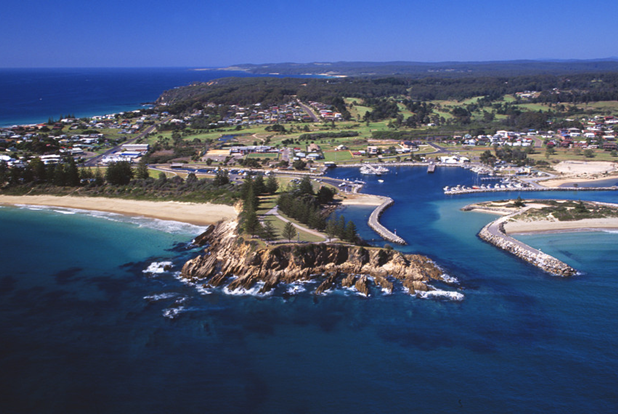