A fantastic spot for beginner surfers, with options of surfing in the middle or at either end of this beautiful semi-circle shaped beach during a wide variety of swell and wind directions. Even during the biggest of swells either one of the corners of this beach normally has small waves. At low tide, walk around to the northern end of the beach for some amazing views of the coast to the north and some space to relax, free from crowds.

Wave Type
Good waves break along the length of the beach with the middle section normally offering the biggest waves. Work out the wind and swell direction to find the best surfing conditions suitable for you. Rips do form, especially in the middle and the southern corner of the beach, during and after big swells. Avoid the sand spit and island on the northern end of the beach during higher tides as the sea level rises and cuts off this part of the beach.

For those looking to surf in the whitewater, One Mile Beach to the south may be a better option as a broader sandbar normally forms there, therefore longer rides can be found.

Hazards
- Rocks, rip currents and marine life.
- Rising tide that cuts off the sand spit at the northern end of the beach.

Access
Park at the southern corner or at the surf club towards the middle of the beach.

Lifeguard Patrolled
Patrolled from September to the end of the Easter holidays - always swim between the red and yellow flags.

Amenities
Located at the surf club.

Closest Shops
A café is located across the road from the surf club, with a mini-mart at the southern end of the beach. Drive into Shoal Bay or the bigger Nelson Bay for more cafés, restaurants, boutiques, pubs, clubs, supermarkets and surf shops. 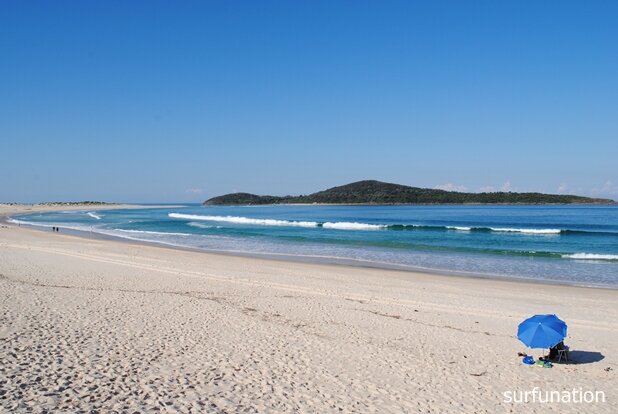 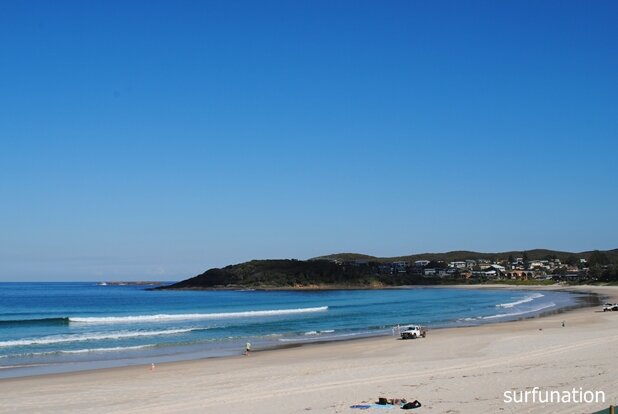 Bigger waves can often be found towards the middle and northern end of the beach.
Photo: Kelly Ratcliffe 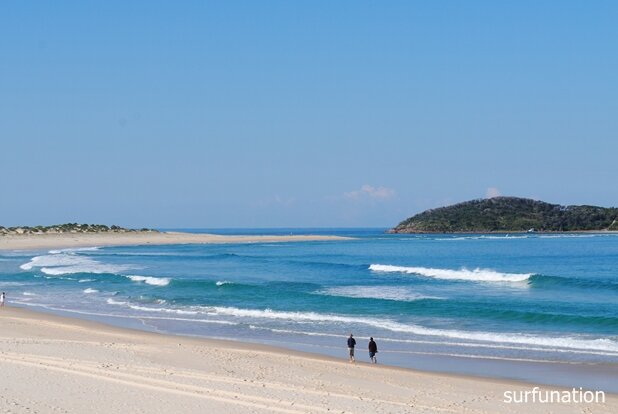 Walk up to the northern Fingal Spit for some solitude and magic scenery - do so at low tide, as the spit is submerged at high tide.
Photo: Kelly Ratcliffe 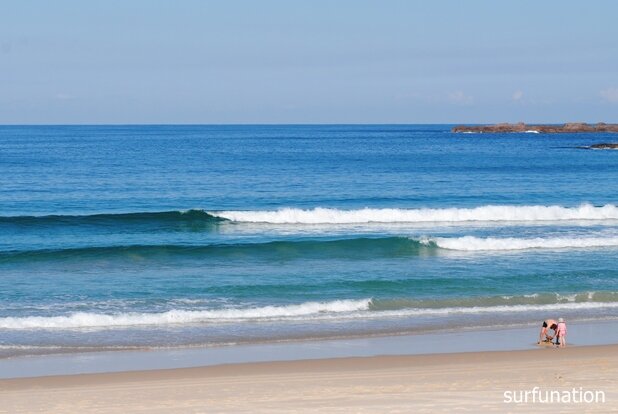 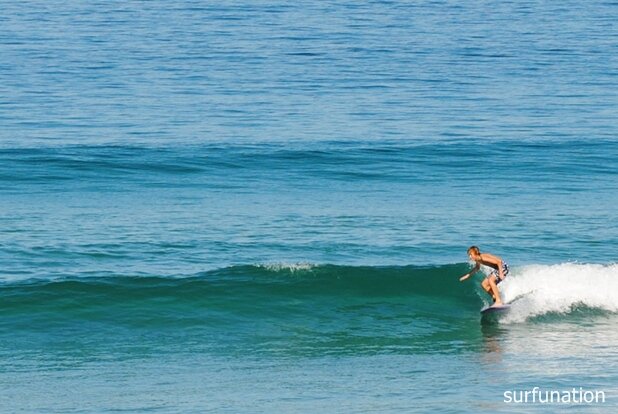