This tiny beach is a good option during small swells for first time surfers and kids practising catching short rides in the whitewater. Easts Beach is also popular for beach-goers seeking shelter from north or south winds.  It gets busy here in summer, when dodging other learners and swimmers can be hazardous, so if you prefer long rides and space when surfing, head to the long stretch of sand at Seven Mile Beach and beyond.

Wave Type
The waves at Easts and the other two beaches in town normally close out, and dumping waves are common, so learning to surf here is best suited to small kids with an adult helping them to catch small waves, or for catching short rides in the whitewater. If you paddle out here an attempt to catch green waves on a big surf day, be prepared for lots of nose dives down steep wave faces and over shallow sandbars which can be dangerous and isn't a lot of fun. Rips are present against the rocks at all three of Kiama's town beaches.

Better wave shape, longer rides and more consistent surf can be found at the nearby beaches to the north and south of Kiama. If the surf is big from a north to east swell head to Seven Mile Beach or during big south swells head to Culburra or Currarong Beaches further south for smaller waves and easier learn to surf conditions.

Access
Through the caravan park at the northern end of Easts Beach at Ocean Street.

Lifeguard Patrolled
Kendalls and Easts Beaches are patrolled daily during the summer school holidays and Surf Beach is patrolled daily from October until the 21st of April - always swim between the red and yellow flags.

Amenities
Located in the surf club at Surf Beach.

Closest Shops
Food and coffee can be found at Surf Beach and in Kiama's town centre where great cafes, restaurants surf shops and boutiques are located. 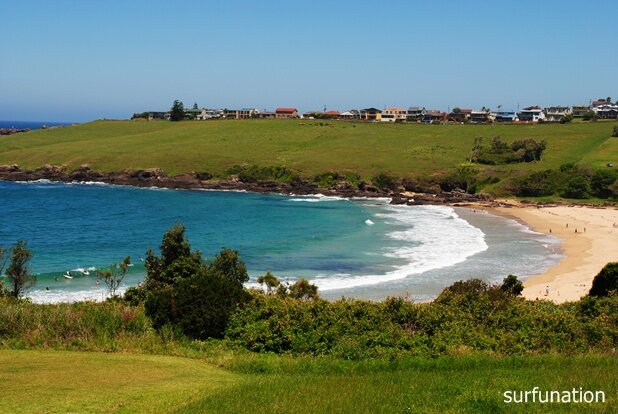 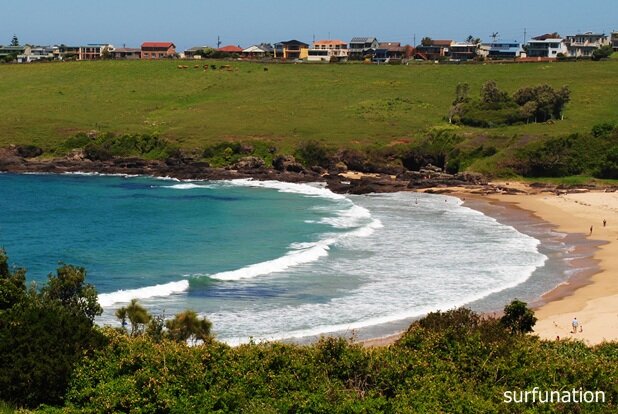