Perhaps the most well known beach in Australia, Bondi Beach draws big crowds who come not only to enjoy the golden sands and crystal clear water, but also the bustling café and shopping strip, along with the celebrity and party vibe. For beginner surfers, Bondi also provides great surfing conditions during north wind and small swell combinations that are common during long, hot summer days.

Wave Type
Lefts and rights break along the beach with the best spot for learning around the northern half of the beach where the waves are often smaller - make sure you stay clear of the swimming only areas, which at times means you may need to surf south of the red and yellow flags (swimming only zones). Stick to the whitewater on lower tides (when the waves can dump on shallow sandbars) and catching green waves is easier on higher tides. Rips form along the beach, including against the rocks at both ends of the beach.

Surf before or after the red and yellow flags for swimmers go up for more space. If you haven't surfed before, take a surf lesson as it's safer and you'll have more success and fun, and remember to practise surfing etiquette as the line up is often packed.

Whilst it's epic for learning when the waves are small and the wind is from the north or west, Bondi faces south, so surf conditions can be very challenging during bigger south swells and strong south winds. So, on small to moderate south swells and south winds the southern corner of Maroubra Beach can be fun, or during bigger south swells and strong winds from the south, beginner surfers will find easier surf conditions on Sydney's northern beaches of Manly, Collaroy or South Palm Beaches. If the surf is flat here (which although rare, can happen during small north swells), head to the north or east facing beaches around Sydney for bigger waves.

Access
Parking is located in the middle and northern ends of the beach.

Lifeguard Patrolled
Patrolled daily year round - always swim between the red and yellow flags and give the lifeguards a break - don't drink alcohol and swim.

Amenities
Located in the Pavilion and the surf club at the northern end of the beach. 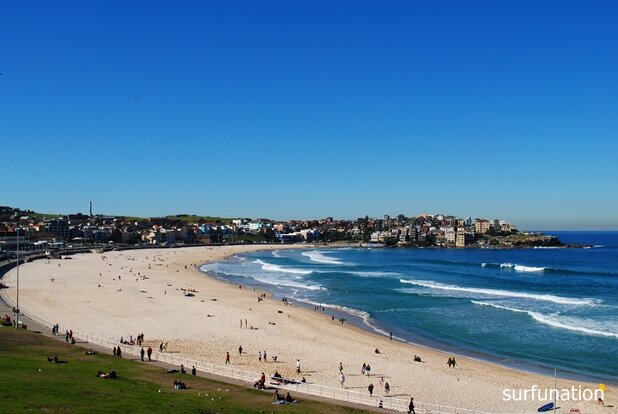 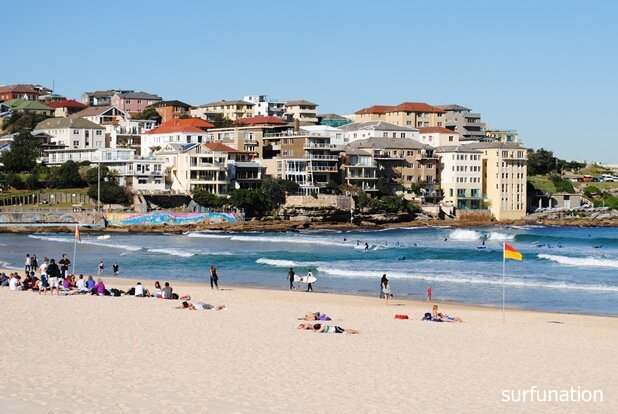 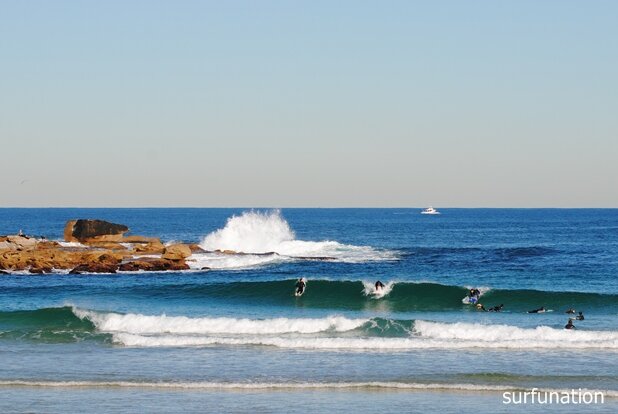 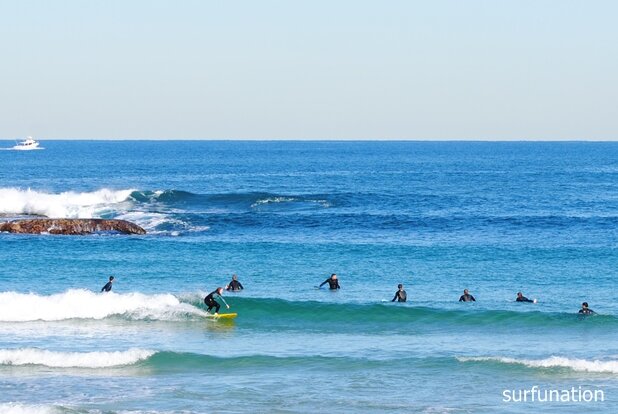 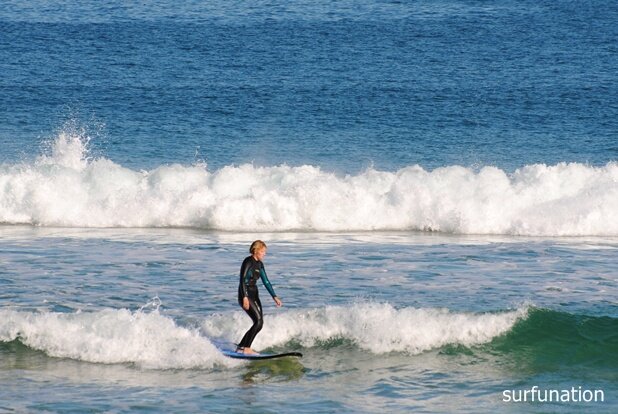 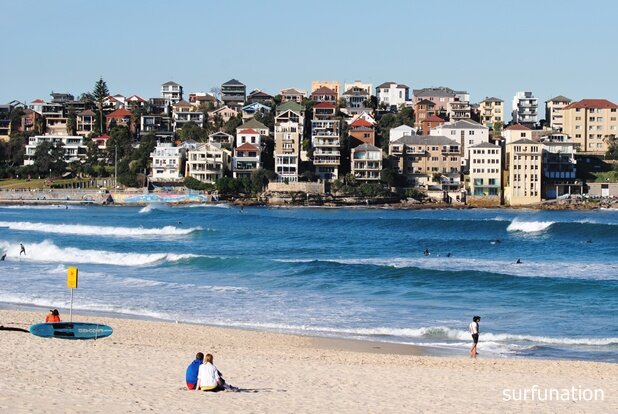 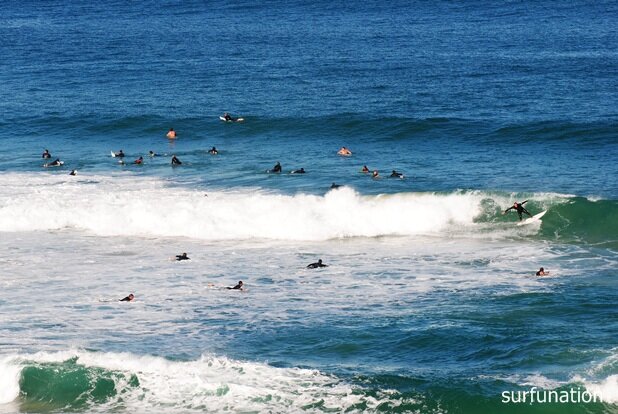 Bondi south end crowd and rip current known as the 'backpacker express'. Stick to swimming between the red and yellow flags and surf north up the beach for more fun.
Photo: Kelly Ratcliffe 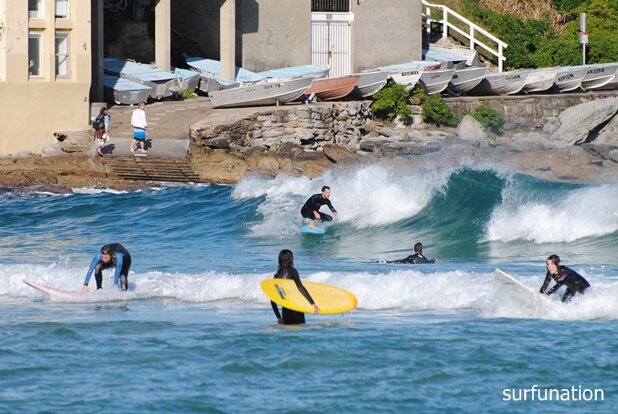 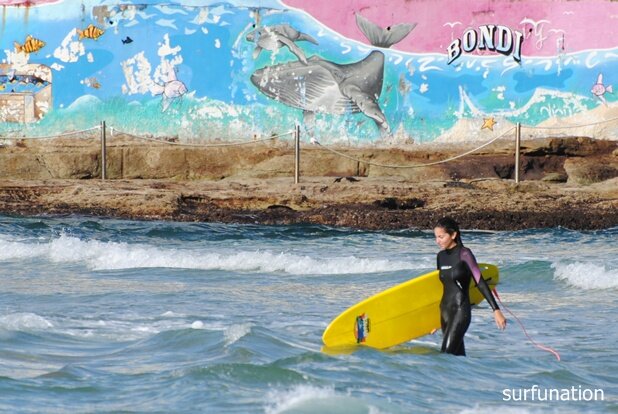