The sheltered Metro and Mid Coast beaches around Adelaide more often than not see tiny waves break on their sandy shores. This lack of wave energy can be frustrating for experienced surfers who spend a lot of time driving to the more exposed south coast or challenging gems to the west of Adelaide. However, beginner surfers and kids will find that the small waves that break on the beaches south of Adelaide can be great for learning to surf on. So grab a big softboard or longboard on the many small surf days, find an empty peak and enjoy.


Wave Type
Whilst the accessible Glenelg Beach can have a wave at times, the beaches further south between Port Noarlunga and Aldinga provide more consistent surf. At Southport Beach good sandbars often form towards the southern half of the beach along with marginal shelter from south winds. Moana & Christies Beaches are also spots which can have a fun wave for practising surfing. Like all surf beaches, watch out for rips and also rocks and reefs that are scattered along this coastline.

During rare bigger swells, or when the waves are whipped up from locally generated winds from the south west, the southern end of Sellicks Beach can provide safer and smoother surfing conditions. If the surf is flat in this area, head south to the exposed beaches of Middleton and Goolwa.

Good Wind Direction
Adelaide's beaches are best on South East to North East winds for smooth surface conditions (although it is west winds that create the small messy wind waves that many local groms froth on).

Access
Car parks are located at all of Adelaide's beaches, and driving on the beach is permitted on Sellicks and MoanaBeaches - watch out for high tide…

Lifeguard Patrolled
Most of Adelaide's beaches are patrolled on weekends and public holidays from November until March - always swim between the red and yellow flags.


Beginners & kids are best to surf when Lifeguards are on patrol or with a friend who has decades of surfing experience.

Amenities
Located in the foreshore reserves and next to car parks behind the beaches.

Closest Shops
Good coffee and food is always close by at Adelaide's beaches. Many surf shops are located in Adelaide and around the mid coast beaches to the south. 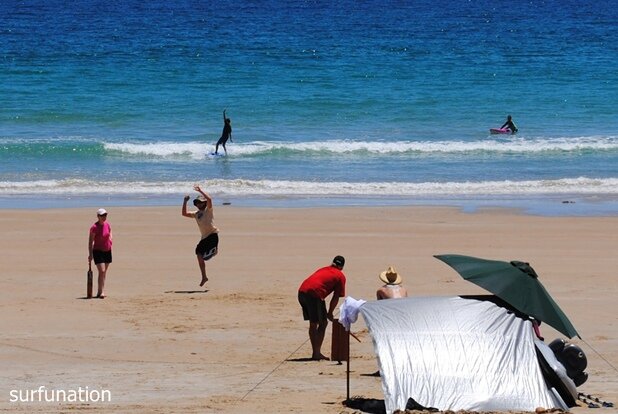 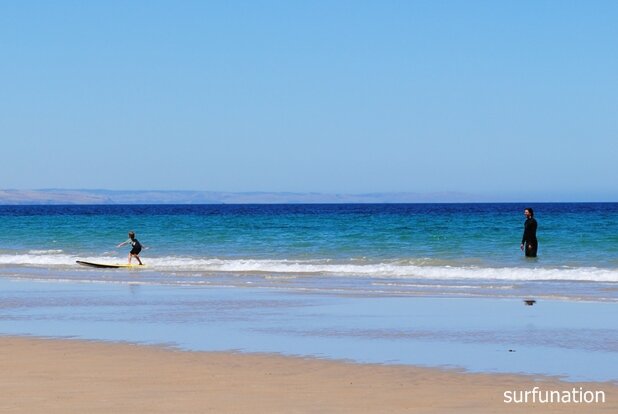 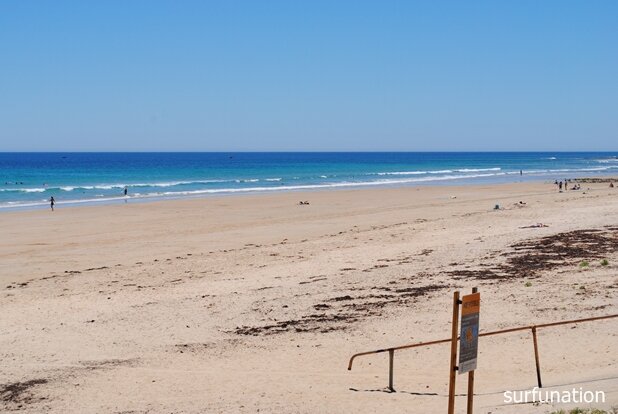 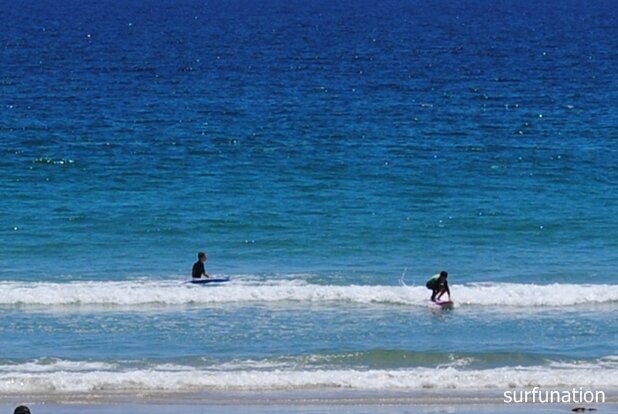 While Mid Coast's experienced surfers suffer during weeks of small waves, beginners with a big surfboard can enjoy improving their surfing skills on these safe surf days.
Photo: Kelly Ratcliffe 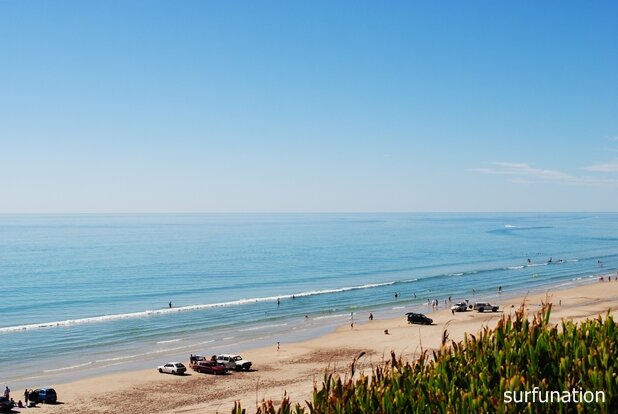 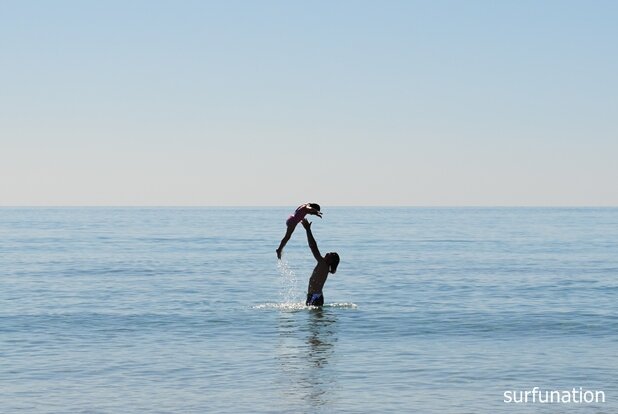 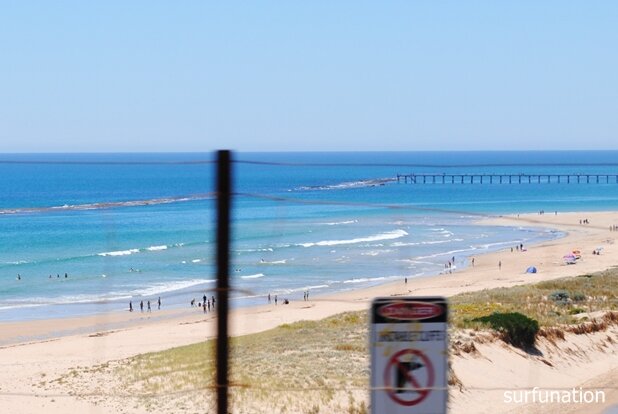 A short walk from Port Noarlunga is the northern end of Southport Beach which often has the biggest waves and broadest sandbars for surfing on the Mid Coast.
Photo: Kelly Ratcliffe

Shelter from south winds can be found at the southern end of Southport Beach, but due to the deep water rip currents that form around the inlet entrance, beginners are best to find a safer sandbar up the beach.
Photo: Kelly Ratcliffe