Just a short trip from Melbourne, Phillip Island has long been a popular spot for city folk wanting to experience the country with many visitor's highlights being checking out penguins, seals and koalas in their natural habitat.

Although the surf can be wild for much of the year on the island's swell exposed south eastern coastline, friendlier waves for beginners often break at a few of Phillip Island's rugged beaches further to the west, especially during summer when wave energy normally settles down a little .

Car Hire
Renting a car or van is a great way to see & surf Victoria. Hire a car or campervan. 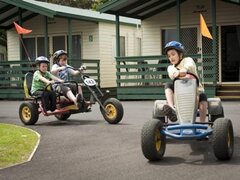 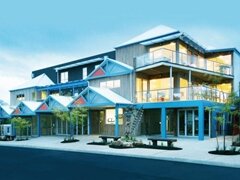 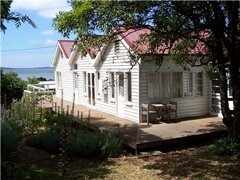 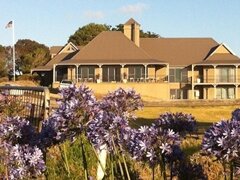 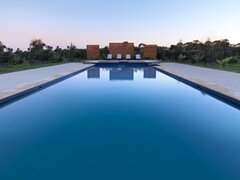 There is the famous Fairy Penguin Parade each evening, the fur seal colony at The Nobbies, plus the Koala Conservation Center to come face to furry face with a sleepy Koala.

Head to the southern side of the island for the exposed surf beaches or swim & kayak in the safe shallow waters of the beaches on the north side.

If you feel the need for speed, then check out the MotoGP event held here annually at the Grand Prix Circuit. You can even pretend you are Stoner, Rossi or Lorenzo by taking a ride (on a go cart that is..) around the replica circuit.

The towns of Cowes & Rhyll on the northern side of the island have the most offering for dining and a drink. Given the close proximity to Melbourne, the quality of the food here is good. Several wineries also dot the island. 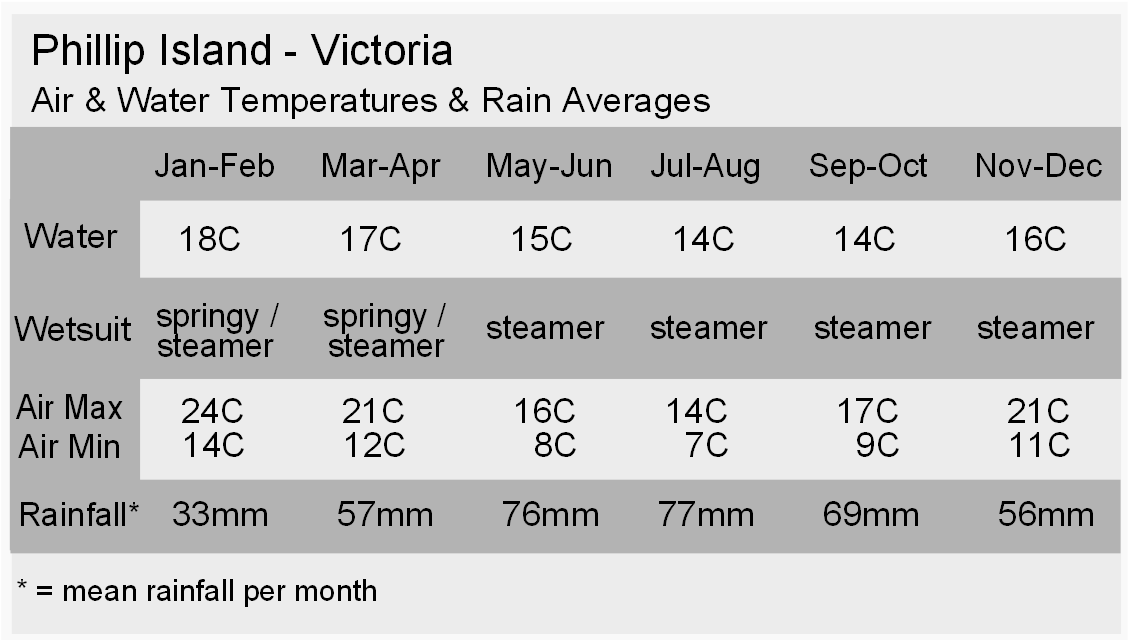 Popular spots for learners include Smiths and YCW Beaches, Cat Bay and the beaches on the south eastern section of the island when the swell is small (watch out for strong rips). For more info on the best beginner surf spots on Phillip Island click on the landmarks on the map below.

During massive swells (uncommon in summer) head around to the more protected north west coastline of the island for smaller surf options. The spots here are mainly reef breaks with the safest spot being Cat Bay on higher tides which gets busy with kids, longboarders and progressing surfers when waves are breaking.

The most consistent surf spots on the island are found at the swell exposed south eastern part of the island where flat surf days are rare. Even on small surf days, the rip currents can be very strong, so make sure you know how to identify and stick to sandbars & avoid dangerous rips before entering, or better still, stick to Smiths of YCW beaches. When learning to surf on Phillip Island please respect other surfers by displaying good surfing etiquette.

Even in summer, you will need a full length wetsuit (steamer) and warm all weather clothes as night time temperatures drop to around 13 degrees on average and the water temperature averages around 18 degrees at this time of year. It's also important to be prepared for very warm temperatures, as summer heatwaves are common when it's best to stay out of the sun during the hottest part of the day.

Like many coastal destinations close to big cities, Phillip Island does get busy during the summer holidays, so arrange your accommodation before you arrive during this time, or you may not find a bed.

Ask in the local surf shops if you need a board repaired.