With powerful and challenging waves for experienced surfers, the Margaret River region is a world class surfing destination. On small wave days, beginners can also find a wave at the more sheltered beaches to practice along what is one of the most pristine and scenic coastlines in Australia.

Popular for decades amongst freedom seeking surfers escaping the big city to the north and the crowds of the east coast, the region is now also famous for producing some of the world's best wine, quality local produce and its pristine environment.

In terms of natural beauty, gastronomy, wave quality and local hospitality, the Margaret River region is second to none.

Rail
TransWA links Perth to Bunbury, then Westrail buses head to Margaret River. The Indian Pacific travels the width of Australia from Sydney to Perth via Adelaide.

Bus
South West Coach Lines depart from Perth & stop off and pick up along the south west coast.

Airports
Perth Airport is just over 3 hours drive and is serviced by all domestic & many international airlines.

Car Hire
Discover the best of Australia's South West by renting a car or van. Hire a car or campervan. 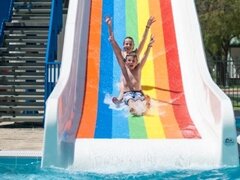 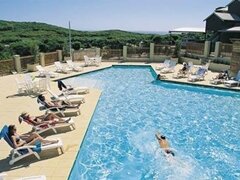 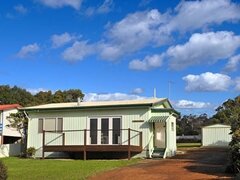 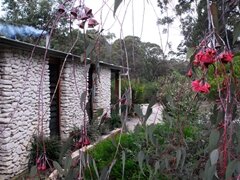 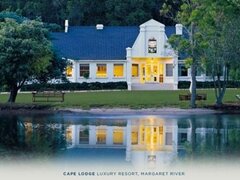 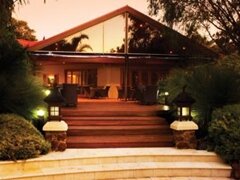 Visit the Wardan Aboriginal Cultural Centre and learn about the Wardandi people's culture and their 55,000 year old connection to the land in the region.

Sample the amazing food & wine by visiting wineries, buying direct from farms or checking out the local markets at Margaret River & Cowaramup.

Jump in the car, drive south & explore this beautiful coastline (many roads are four wheel drive access only). Drive through the tall Karri forest & stop at Cape Leeuwin, where the Indian & Southern Oceans meet to witness some powerful currents. During small swells & light or north to west winds, head to Augusta around the corner for some beach break surfing fun.

Great food and wine is offered at the many classy restaurants & the more laidback cafes that are found along the wine trail. The country towns in the region also provide hearty meals for all budgets.

If you're looking for some live entertainment, go to the Settlers Tavern in Margaret River. 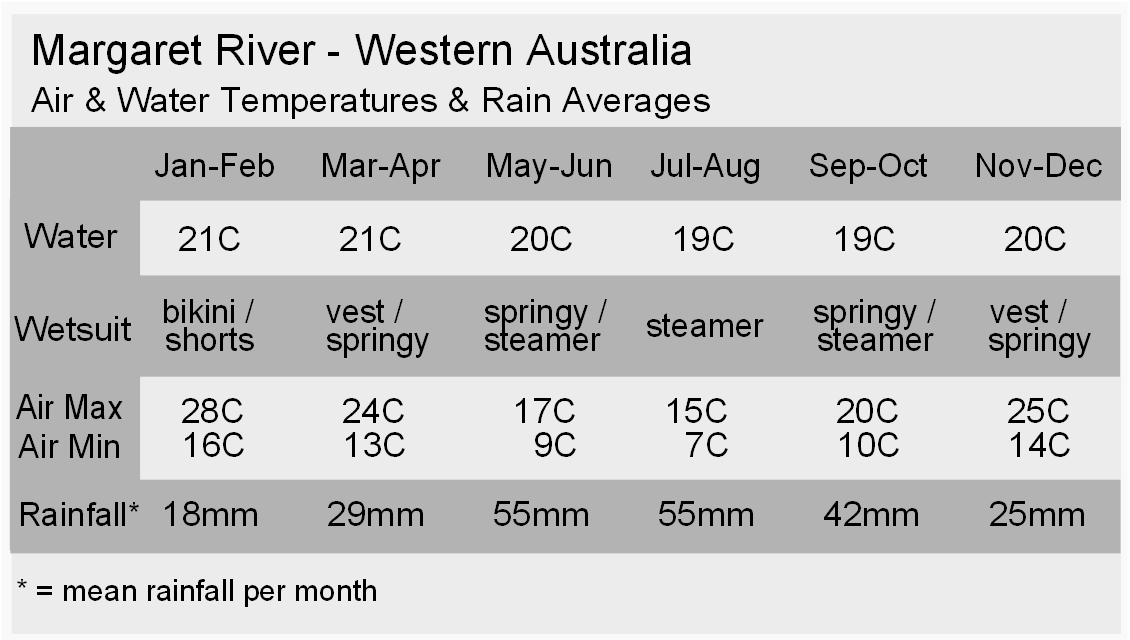 Between the heavyweight spots for experienced surfers, there are some great waves for learner and progressing surfers. These can be found in Geographe Bay, Margaret Rivermouth and Redgate Beaches on small swells and at Hamelin Bay. For more info on these surf spots click on the landmarks on the map below

South West Australia is one of the most consistent surf zones in the world where big powerful waves explode onto the many reefs and sandbars. On big surf days, beginner and progressing surfers should not enter the water due to dangerous surf conditions (or try inside Geographe Bay for smaller waves).

Even on smaller surf days, many spots should still be left to advanced / experienced surfers due to the high degree of difficulty these spots present, including dangerous access getting into the line up along with the immense power, speed and steepness of the waves that often break over shallow sand covered reefs. Ensure that you surf in a safe and guided environment with a friend who has decades of surfing experience or take a surf lesson with an experienced coach. Remember to always practise surfing etiquette.

During summer strong south west winds known as the Freemantle Doctor whip up almost daily around noon, messing up the surf conditions. Surf in the morning before the wind comes up or head into Geographe Bay for some protection from the wind (although the waves are likely to be really small or even flat here in summer).

Bring a jacket for night time as evenings can be cool even in summer, and like most of the southern half of Australia, warm clothes are a must in winter.

Thanks to the Leeuwin Current, even in winter, water temperatures in the SW corner of the continent rarely drop below 18 degrees Celsius, and can reach 22 degrees Celsius in summer. As air temperatures in winter average minimums of 8 and maximums of 16 degrees, bring a warm wetsuit during the cooler months to make surfing way more pleasurable. In summer a short sleeve spring suit will normally do.