Famous amongst surfers for the world's longest running surfing competition held mostly at Bells Beach, and the birthplace of two giants of the industry, this region is also home to an experienced and pioneering surfing community who enjoy the diversity of charging big waves during the chilli winter months, along with some mellow beach break summertime fun.

During hot summer holidays, the Great Ocean Road is also a favourite getaway for city and country folk who flock to the protected bays that dot the coast to get their saltwater fix in the softer beginner waves.

Rail
V/Line goes by train from Melbourne to Geelong & Warrnambool, then offers return buses that link the towns along the Great Ocean Road daily.

Bus
Greyhound & V/Line connect from Melbourne to Geelong, & V/Line then continues to the surf coast.

Car Hire
Discover the best sights & waves along the Great Ocean Road by renting a car or campervan. 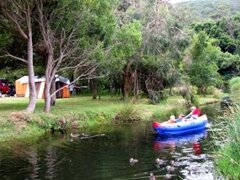 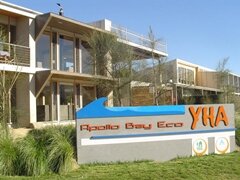 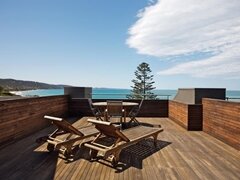 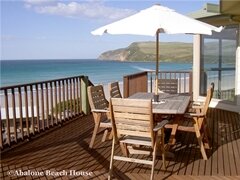 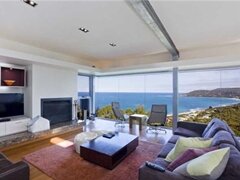 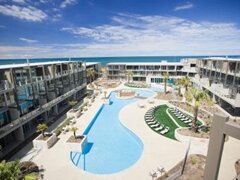 Surfworld Australia Surfing Museum in Torquay provides an excellent display, plus a fun, interactive experience on the nation's surfing culture.

Jump in the car (or bus) & cruise along the Great Ocean Road, which is one of the most spectacular coastal drives in the world. Highlights include, Bells Beach Surfing Reserve, rainforests, the Twelve Apostles & stunning views around every corner.

Spend the day picnicking & walking through the Great Otway National Park. Hike through rainforests, waterfalls and the rugged coastline that fringes the wild Southern Ocean.

The bigger coastal towns of Torquay, Anglesea, Lorne, Apollo Bay & Warnambool all have great cafe's & restaurants with a range of food options.

Head to the local pubs for refreshments & for the biggest party on the coast each year, check out the Bells Easter Surfing Festival & the Falls Festival for music lovers. 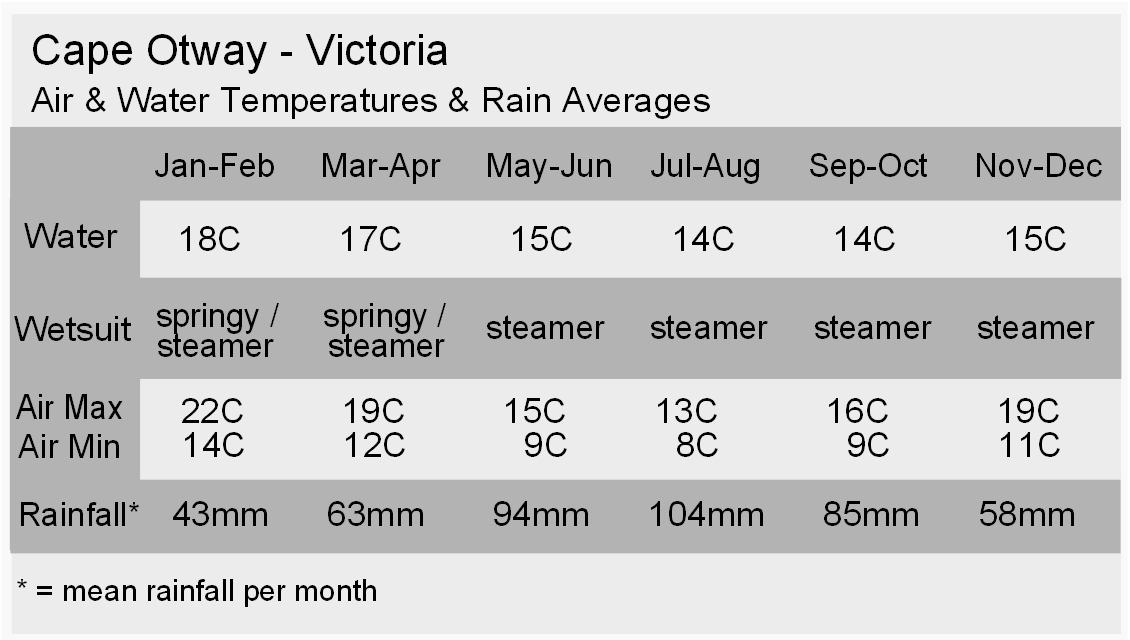 Ocean Grove, Torquay, Point Roadknight, Lorne and Apollo Bay are great spots for learning, as are Warrnambool, Port Fairy and Bridgewater Bay to the west of Cape Otway. For more info on the best beginner surf spots along the Great Ocean Road click on the landmarks on the map below.

This south east corner of Australia does experience big swell events, especially during the cooler months of the year when treacherous surf conditions on exposed beaches are common. If the surf is big stick to the protected east facing bays for safer surfing conditions.

During summer however, flat spells of little to no surf are common. If the waves at the east facing bays are tiny, head further east along the beach for bigger waves or check out the more exposed west facing beach breaks for more size. Be aware, that these exposed spots are mostly unpatrolled by lifeguards, access can be dangerous and strong rip currents are often present. Remember to always practise surfing etiquette.

If you are heading down to the Great Ocean Road to escape the city in the height of a summer heatwave, don't be fooled into not bringing along a good wetsuit. When the air temperatures reach 40 degrees Celsius, jumping into the cool water in just a bikini or boardies can provide a surprise! In winter, water temperatures drop to 13 degrees Celsius, so at any time of year bring a good sealed wetsuit.

Bring some warm all weather clothes in case a cold front passes through the region. Even in summer cold snaps can be as common as heatwaves.

Ask in the surf shops if you need a board repaired.

More on the Great Ocean Road