Great waves break on the beautiful beaches located on both sides of Cape Byron. Small, fun beginner waves often break inside the bay on the northern side of the cape, and for the more experienced surfer, bigger more challenging waves are found on the beaches to the north and south.

This variety of quality surf spots within walking distance of town, plus its stunning coastline, green hinterland and rainforests, along with hip cafes, shopping and nightlife, has turned this once sleepy hippie town into the most popular (and at times most crowded) surf holiday destination in Australia.

Check it out, you may just find your surfing nirvana.

Car Hire
Renting a car or van is a great way to explore & surf Byron Bay & beyond. Hire a car or campervan. 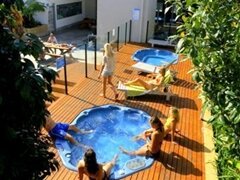 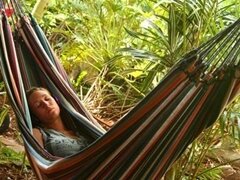 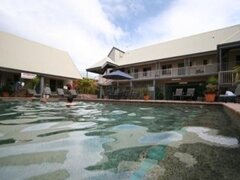 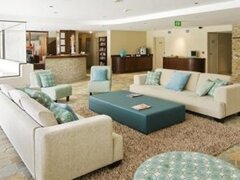 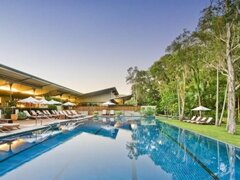 The Byron at Byron Resort and Spa

Walk up to the lighthouse to watch the sunrise & whales at Australia's most easterly point.

Drive through the hinterland and visit the hippie towns of Bangalow, Nimbin & Mullumbimby on market day where you'll find organic produce along with some interesting crafts and legendary local characters.

Head into the National Parks to explore the ancient Gondwana Rainforests of Australia and enjoy cooling off beside beautiful waterfalls & streams.

You'll find every possible food and nightlife option right in the heart of town in and around Johnson Street. This is what Byron is all about, stepping straight off the beach, walking around & checking out the people, shops, cafes, restaurants & bars until you find your fancy. 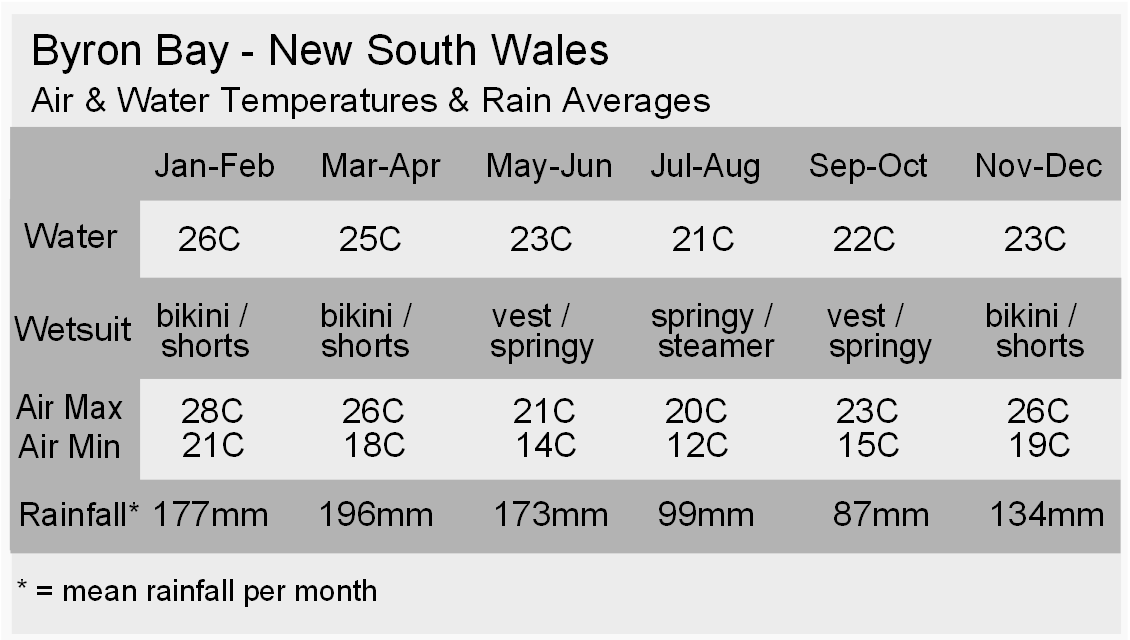 The beautiful strip of sand between Main and Clarkes Beach (located a short walk from town) is an awesome learn to surf break. For more info on the best beginner surf spots in Byron Bay click on the landmarks on the map below.

If the wind is up from the east or south, check out the spots on the northern side of the cape. When its blowing from the north, surf early before the wind picks up, or head over to Tallows on the southern side of Cape Byron (only suitable for beginners when the waves are tiny).

Tallows & Belongil Beaches can have strong rips present even during small wave days, so if the surf is big, or you are new to surfing,  stick to Clarkes Beach.

The Pass is a wave treasured by local surfers & during holiday periods or when the waves are good, it is also one of the most crowded waves in the world where accidents with other surfers, rocks and even boats can occur. If you sit further down the line between Clarkes & Main Beach, it will be less crowded so you'll catch way more waves that are often just as good. Even on small surf days, the waves at The Pass are often steep, fast and dumpy and therefore way too challenging for inexperienced surfers who should always avoid this spot to avoid causing or having an accident.

The Wreck is a dumping wave that breaks over a shipwreck & suitable only for advanced surfers.

Pick a landmark on the beach before entering the water and stick to it as the current will often take you to the left (west) when surfing at Clarkes & Main beaches. If this happens, catch a wave to the beach & walk back around to your landmark and start again.

Book accommodation in advance during school holiday periods as the town can be fully booked. Don't try to sleep in your car or van, you'll end up being fined more money than what you would have spent for a comfy bed.